Moxi Is A Hospital Robot With Social Intelligence

Moxi, a robot from Diligent Robotics endowed with social intelligence made its debut today in pilot programs at hospitals in Texas. Moxi is a robot with face, head and arms, and it has four wheels.The robot can use its hands to do things like grab and store medical supplies, then hand them to a nurse or doctor.

When the nurse speaks to it, Moxi moves its eyes and head in a person's direction, and when it wants to celebrate, it can even show heart-shaped expressions or rainbow eyes.

A combination of Velodyne LiDAR and cameras in the head and base of the robot are used to guide its movement and avoid hitting people.

Beyond robots that make deliveries in hospital like Moxi and those from Savioke, robots are entering hospitals in various ways, such as helping comfort children with cancer, training medical professionals and helping with surgery. 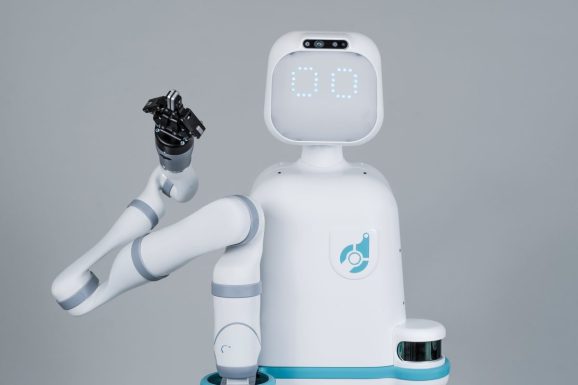