A 3D printer could one day produce a tiny device that would be injected into the body, deposit a drug in a specific location, such as a tumor, then disappear.

Such technology is the focus of research by a team in San Antonio that is developing prototypes now. The implant would be about the size of a pen tip and made of a biodegradable polymer. Once injected, it would slowly release drugs as bodily fluids dissolve it, said Priya Jain, the project lead and a biomedical engineering graduate student at the University of Texas at San Antonio.

The 3D-printed biodegradable polymer capsule being developed at UTSA would contain cancer medication and be inserted directly into a tumor to destroy it. 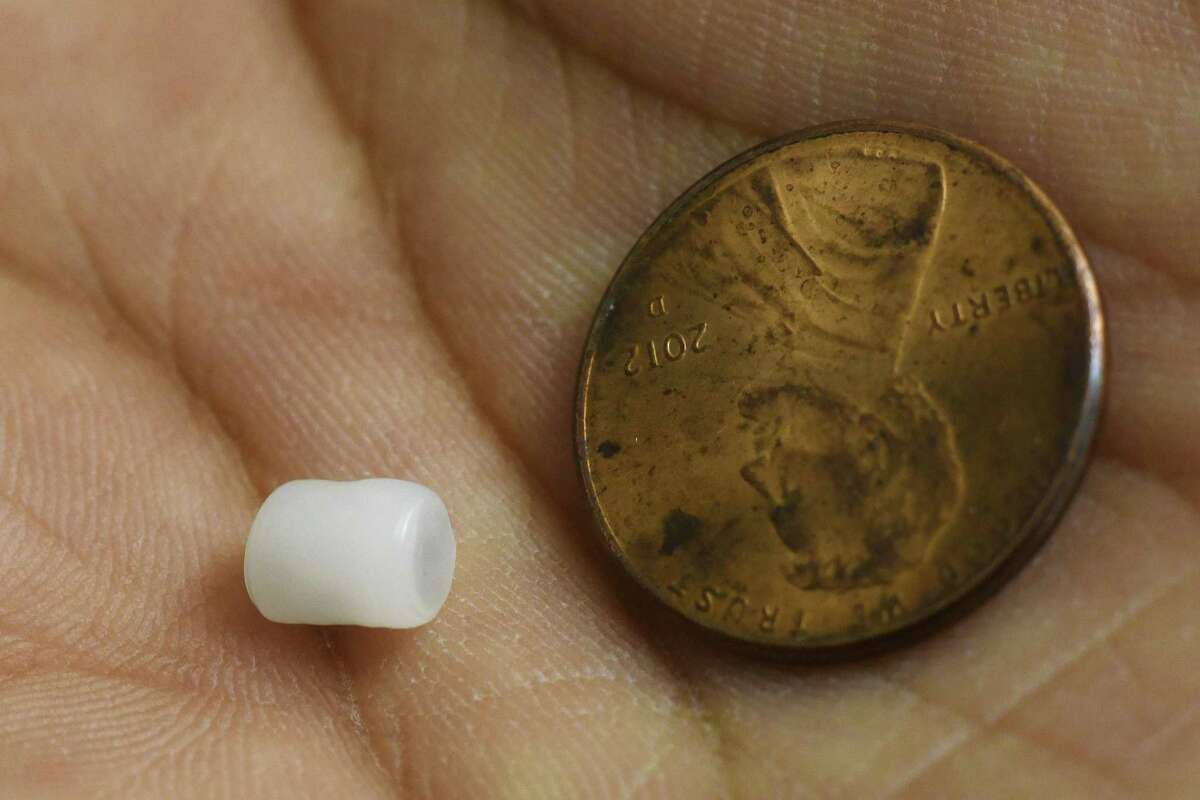